Paranormal News: Mysterious creature washed up on U.K. shore, "New Mutants" cast talk filming in a haunted Asylum and Beer saves the life of a man in the middle of a forest fire.

Cryptid Corner: What the heck is Pukwudgie? We dive deep into this indigenous "little person's" history. Are they friend or foe? 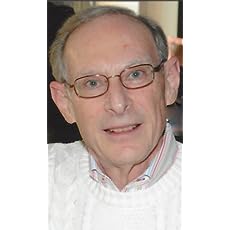 David has an MBA in finance and a Ph.D. in religious studies. He is the author of Conscious Capitalism: Principles for Prosperity and Conscious Globalism: What's wrong with the world and how to fix it.

The books have been published in the U.S., Brazil and China. He has written several dozen articles and currently writes a blog and editorials for the Times of India at www.speakingtree.in. He served on the board of several non-profit organizations and was President of The Institute for Ethical Awareness and Chairman of Pathwork Press.
For more than forty years David has studied with two international mystery schools; first with Builders of the Adytum and for the past 25 years with Pathwork, an international non-profit organization based on a profound body of psycho-spiritual wisdom. He is a trained Pathwork teacher and has helped introduce Pathwork to China. Since 2015, David has participated in a program offered by Archangel Michael to help deepen one's connection to their Soul. David was also at the forefront in introducing socially responsible business practices to China. Professor Wenhua Nan wrote a book that was published in China in 2018 entitled, A Study of Schwerin's Thought on Corporate Social Responsibility.

David has been interviewed by numerous newspapers and magazines as well on television. He has given lectures, workshops and keynote presentations in the U.S., India and China, including over 3 dozen lectures to government officials, business people and academics in dozens of Chinese cities. He was appointed an Honorary Director of the Corporate Social Responsibility Research Center at Suzhou University of Science and Technology and a guest professor at Tianjin Normal University.

The ERA Bundle was released in 2018 and is the fastest-growing product line of Accusonus. A collection of single-knob plugins for quick and efficient audio repair, the ERA Bundle allows both entry-level and professional creators to instantly enhance their audio recordings.